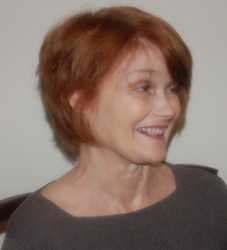 Kelly Cherry is the author of nineteen books of fiction (novels, short stories), poetry, and nonfiction (memoir, essay, criticism), eight chapbooks, and translations of two classical plays. Her most recently published titles are The Retreats of Thought: Poems and Girl in a Library: On Women Writers and the Writing Life. Her short fiction has been reprinted in Best American Short Stories, Prize Stories: The O. Henry Awards, The Pushcart Prize, and New Stories from the South, and has won three PEN/Syndicated Fiction Awards. In 2000 her collection The Society of Friends: Stories, received the Dictionary of Literary Biography Award for the best volume of short stories published in 1999. She was the first recipient of the Hanes Poetry Prize given by the Fellowship of Southern Writers for a body of work. Other awards include fellowships from the National Endowment for the Arts and the Rockefeller Foundation, the Bradley Major Achievement (Lifetime) Award, a Distinguished Alumnus Award, three Wisconsin Arts Board fellowships and two New Work awards, an Arts America Speaker Award (The Philippines), and selection as a Wisconsin Notable Author. In 2010 she will be a visitor at the Institute for Advanced Study in Princeton.

Kelly was born in Baton Rouge, Louisiana, the middle child of three. Her parents were violinists who specialized in string quartets, especially the late Beethoven string quartets, though they also made a point of including a contemporary composition on each program, and though her father also composed, conducted, and gave solo concerts. After the family moved to Ithaca, New York, when she was five, the quartet was renamed the Ithaca String Quartet.

When she was nine the family moved to Chesterfield County, then outside and now part of Richmond, Virginia. There her father taught at Richmond Professional Institute (now Virginia Commonwealth University) and both parents continued their musical careers, offering an annual series of concerts at the Virginia Museum of Fine Arts by what was now the Richmond String Quartet. Her father was a cofounder of the Richmond Symphony Orchestra. Her mother also worked.

After college, Kelly did graduate work in philosophy at the University of Virginia. There she met the writers George Garrett, Henry Taylor, R. H. W. Dillard. At UNC-Greensboro she studied with Fred Chappell, Allen Tate, Guy Owen, Randall Jarrell, Robert Watson. Visitors to the writing program included Stanley Kunitz, Eudora Welty, X. J. Kennedy, Carolyn Kizer. She also met her first husband, Jonathan Silver, who became a sculptor; with her M.F.A. in hand, she moved with him to New York City. The marriage ended in late 1969.

She held various jobs in Richmond and New York City. In 1977 she moved to Wisconsin, where she taught at UW-Madison until 1999, when she retired as Eudora Welty Professor Emerita of English and Evjue-Bascom Professor Emerita in the Humanities. In 2000 she married the fiction writer Burke Davis III. They live on a small farm in Virginia. Since leaving Madison, she has held named chairs and distinguished professorships at various universities. She will continue to consider short-term teaching positions.